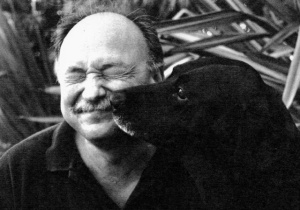 Dr. Joel Bernstein is my doctor. My oncologist. He has walked with me every step of my cancer journey, encouraging me, inspiring me and healing me.  I could say that he saved my life, and that would not be a stretch. Throughout my cancer journey, Dr. Bernstein has always been one step ahead of everyone- up on the latest research, proactive with tests and my medication, and confidently able to adjust and attack when surprises came up.

And today I found out that he died. From cancer.

Last July when he told me he was closing his practice because of a health issue, I wish I had known how serious it was. The suddenness of his news then and the self-centered thoughts that went through my head at the time- who will be my doctor now? who will know my story as well as he does? – clouded my head and kept me from asking him more. I also wanted to respect his privacy. And I think I was afraid. Afraid that the man who was so smart- brilliant actually- and so very kind, and a superhero in my eyes- might actually be human enough to succumb to the deadly disease.

And I think now, if I had known then that would be the last time I would see him, what would I have said to him?

I would have told him that the first time Todd and I met him and sat in his office to discuss a treatment plan, I knew immediately he was the right doctor for me.

I would have told him that each time I walked into his slightly messy and disorganized office, I felt right at home.

I would have told him that I loved all the pictures and figurines of black labs all over his exam room- it showed his playful personality, expressed his love for his dogs, and made his office feel like a home.

I would have told him that the very casual, laid-back atmosphere in his office was a peaceful relief from the chaotic, confusing and stressful world of cancer treatment.

I would have told him that the girls who worked in his office felt like family, not staff.

I would have told him that each time he walked into the exam room, his smiling eyes and kind grin always put me at ease.

I would have told him that he always looked like he had a secret that he wanted to share- like the cat who swallowed the canary.

I would have told him that in a strange way, I looked forward to my chemo treatments- because I felt confident in Dr. Bernstein’s presence and his plan, knowing I was one step closer to beating the cancer.

I would have told him that I think oncology doctors are angels, given to us by God to heal, to comfort, to bring hope in the midst of despair, and compassion in the midst of pain. To strengthen the survivors and help others die with dignity.

I would have told him that I trusted him with my life. Completely.

I would have told him that I am forever grateful for the way he cared for me, for the ways he healed me and believed in my recovery.

I would have told him I loved him.

What a cruel joke life has played- a man who spent his entire career fiercely fighting cancer and saving the lives of thousands ultimately lost the battle himself to the nasty disease.

As one of the many patients whose lives he touched, my story is intricately woven with his. Now that he is gone, a part of me feels gone, too. There is a beautiful relationship that can develop between a doctor and a patient over time. One that starts in fear and confusion, is built on honesty and vulnerability, and grows in trust and love. For the past four years, my frequent visits with Dr. Bernstein have been a regular part of my life, and I am thankful for them, for his influence in my life and how he helped me believe I could conquer whatever cancer tried to do to me.

God bless you, Dr. Bernstein. You have left a legacy of thousands of grateful patients, friends and colleagues, who are better for having known you.

I will miss you.

Haley's adventures during a summer in Paris

then sings my soul

then sings my soul